A union leader for more than 8 years, Alphonso Mayfield is an emerging leader in the labor movement who in a very short time changed the direction of the labor movement in Florida by bridging the gap between communities and their unions.

Born in Mississippi in a working family household, Alphonso Mayfield has the first hand experience of plight and troubles that hard working middle class families face. Inspired by the philosophies and approach of his mother, his mission is to revitalize the union movement through dedication to an agenda that is driven by the members and prioritizes economic, social justice and fairness.

Mr. Mayfield was appointed as the Interim President of FPSU in 2009 and was elected to serve as the President in 2010 and again in 2013.

Under his leadership, the Union has run large-scale organizing drives resulting in tangible growth with measurable increases in size and revenues. FPSU has an annual growth rate of 10%. The union has also successfully expanded and is expanding into new markets and geographic regions. FPSU’s existing units have also seen better benefits and wage increases despite tough economic times due to the non-traditional bargaining approach.

Mr. Mayfield has also encouraged mergers, joint ventures, and meaningful alliances. Some of these networks include Peoples’ Budget Review (policy and budgeting solutions at local level in Pinellas County), Unify the Community (Black Americans coalition in Palm Beach County with a focus on education, community benefit, jobs and political/civic engagement), Fair Economy Coalition (Progressive groups for fair economic reforms at state level), and Immigration Coalition (highlight and address issues of immigrant community and for commonsense immigration reform). He has also initiated networking with organizations beyond borders through exchange of ideas and best practice with labor groups in Australia, South America, Norway and China.

Mr. Mayfield also has a vast experience in grassroots mobilization, political campaigns and policy initiatives. He has worked as Base Vote Regional Director for Corzine for Governor, New Brunswick, Canvass Director / Deputy City Director for Voting is Power 2004 Presidential Election, Columbus, OH and Commissioner for MS Commission for Volunteer Services, in Jackson, MS. He also served as County Coordinator and Aide to Field Director for Musgrove for Governor Campaign, Jackson, MS and Constituent Outreach Aide at Mississippi Office of the Governor, Jackson, MS and Mississippi Office of the Attorney General, Jackson, MS.

Mr. Mayfield is an Executive Board member of SEIU International (A union representing 2 million diverse members in healthcare, property services and public sector in the United States, Canada and Puerto Rico) and Secretary Treasurer for SEIU Florida State Council (Collaborative body of SEIU Florida that represents over 55,000 active and retired healthcare professionals, public employees, and property service workers in the state of Florida).

He is also an Executive Board member of Florida Center for Fiscal and Economic Policy (The Center works to heighten public awareness of the need to adequately fund programs that improve opportunities, choices, quality of life outcomes, and the economic well-being of all Floridians), and Hip Hop Congress (A non profitinternational grassroots organization that is working to evolve the hip hop culture by inspiring social action and creativity within the community).

He is also a Board of Trustee of the Florida Democratic Party.

Due to his innovation, creativity, knowledge and experience he is also asked to serve on SEIU International’s committees on 21st Century Blue Print, Public Division Leaders, All in it Together, and Low Wage Sub-Committee. These committees are responsible for shaping the future of the labor movement.

Mr. Mayfield is married to Alexis Mayfield, has a beautiful daughter Eden Selah and lives in West Palm Beach, Florida. 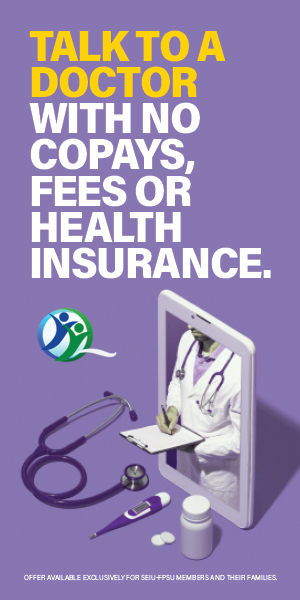