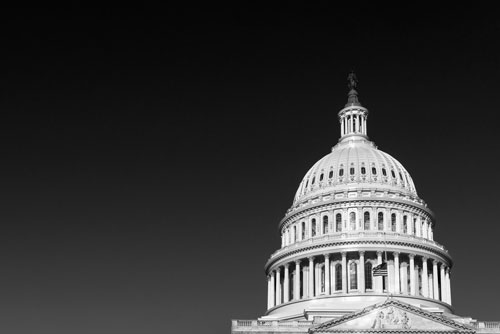 January 6, 2022 / Comments Off on US Unions and Companies Condemn Election Fraud ‘Falsehood’ on January 6 Anniversary

One of Washington’s top business groups condemned those perpetuating “the falsehood of an illegitimate 2020 presidential election” as the anniversary of last year’s violence at the US Capitol prompted fresh scrutiny of corporate America’s response.

The statement from the Business Roundtable, Washington’s leading big company lobby group, came as activists piled pressure on US companies to back their pro-democracy rhetoric with louder support for voting rights and changes to their political spending.

Some alliances of smaller companies echoed that view. Business for America, whose members include PayPal and Warby Parker, said it was not enough for employers to issue statements and encourage staff to vote.

“We urge all companies to ensure their future donations go to those supporting free, fair, accessible, and secure elections that represent the will of the people,” it said.

The anniversary of the insurrection by a mob contesting Donald Trump’s election loss has prompted fresh warnings about the systemic risks posed to companies and investors by what two Brookings Institution fellows this week dubbed a “backsliding” US democracy.

A coalition including the Service Employees International Union (SEIU) and the Interfaith Center for Corporate Responsibility said on Wednesday that they had filed lobbying-related shareholder proposals at companies including Charter Communications, Eli Lilly and GEO Group, and racial equity resolutions at Goldman Sachs, Pfizer and Home Depot.

“The insurrection illuminated how corporate donations can either support or subvert democracy and racial justice,” Alphonso Mayfield, president of the Florida Public Services Union.

Citizens for Responsibility and Ethics in Washington, a liberal advocacy group, said this week that 717 companies and industry groups, including Boeing, Koch Industries and General Dynamics, had donated since January 6 last year to members of Congress who objected to the 2020 presidential election results or to Republican committees supporting their re-election.

Others noted, however, that only a minority of companies had broken their pledges to suspend support for politicians perpetuating the idea of a stolen election. About 80 per cent of the chief executives who made such promises had held to them, said Jeffrey Sonnenfeld, a Yale School of Management professor.

“They’re not supporting the wild, flame-thrower seditionists,” he said. Bruce Freed, president of the Center for Political Accountability, said he was seeing more interest from companies in adopting its template for transparency around political spending, but changes in political spending were “coming more slowly” than changes in corporate rhetoric.

“Too many companies and their leadership continue to act as though its politics and business as usual. It isn’t,” he said. Several activists are pushing companies to express public support for Democrats’ proposed federal voting rights legislation.

Daniella Ballou-Aares, head of a business coalition called Leadership Now, said the renewed congressional debate on the issue had raised it up companies’ political agendas again.

Chuck Schumer, the Senate’s top Democrat, has been adamant that the upper chamber of Congress will vote on changing its rules no later than Martin Luther King Jr Day on January 17 to pave the way for Democrats to act alone in passing voting rights legislation.

Many in Washington remain sceptical that a deal can be done, however, given the persistent stated opposition of at least two Democratic senators to the changes, which will require the support of all 50 Democrats in the upper chamber.

“If the legislation were clearer, then [CEOs] would line up behind Schumer but it’s very hard to see what there is to line up behind,” said Yale’s Sonnenfeld, who held a virtual meeting of chief executives in December that was dominated by their questions and concerns about democratic stability.

David Clunie, executive director of the Black Economic Alliance, said some executives had been “concerned about the cost-benefit analysis” and unwilling to spend political capital to support legislation that may not pass.

“Unfortunately there’s been an effective effort to paint this issue as partisan when throughout history it has been non-partisan,” he added, noting that some companies were only comfortable supporting bipartisan responses but Democrats’ federal voting rights bills had persuaded no Republicans to break ranks.

A Morning Consult poll of 400 US executives released on Thursday by Public Private Strategies showed that 72 per cent believed that America’s democracy was definitely or probably under threat.

About three-quarters expressed support for the Freedom to Vote Act, with a similar share backing changes to Senate rules to pass voting rights legislation. Ballou-Aares added that many companies had been deterred from voicing their support for election legislation by some Republican leaders’ accusations that “woke capitalists” should stay out of politics.

“That ‘woke CEO’ narrative and the idea voting rights was a partisan issue did gain some traction and created some concern among some CEOs,” she said. “I think we are seeing that traction eroding a bit.”

Published on Thursday, January 6, 2022 by The Financial Times, Andrew Edgecliffe-Johnson in New York and Lauren Fedor in Washington,